He spun around several times like he was confused, and then just stood there, pawing the asphalt with his massive left front foot. In about another ten seconds, the entire herd was out of the woods and standing on the road next to him. After a few more seconds of trying to get their bearings, they grouped up and began moving in my direction. It was now going to be up to me to stand my ground and direct these mad, confused, and homesick critters back toward their reservation. And I have to admit that I was scared poopless. Get out of the way! So I just stood there, like the Rock of Gibraltar, as the beasts thundered toward me.

When the lead bull got about thirty feet away from where I was standing, I pointed with both hands toward the right.


But the impact never came. I opened my eyes for a second, and there was the leader, stopped in front of me, just looking at me; it was like he wanted me to tell him again just what to do. When I look back at that fateful moment on that lonely country back road, what amazes me the most is that once he and I made eye contact, I felt not one bit of fear.

As that magnificent creature stood there, steam gushing forth from his gigantic flared nostrils, so exhausted from the journey that he could barely stand, all I could feel for him was overwhelming compassion. Also sadness; sadness for the way his kind had been mercilessly slaughtered to near extinction in the last century at the hands of men like those now pathetically lost up on the hilltop.

Without a moment of hesitation, he charged headlong through the bushes lining the road and continued running up the mountain through the trees. The herd immediately followed his lead, and in about a minute, they were out of sight. Needless to say, I was quite relieved. After the last buffalo had left the road, I saw the old man and his son get in their pickup and drive down the road toward me. They parked along the road next to where the animals had just disappeared.

HOW TO PRAY WITH THE 72 NAMES OF GOD

The father quickly got out of the truck and then began studying the trail. I watched him silently as he did so. Without giving me a chance to answer either yes or no, the father told me to follow him. And, again, not knowing what else to do, I did. 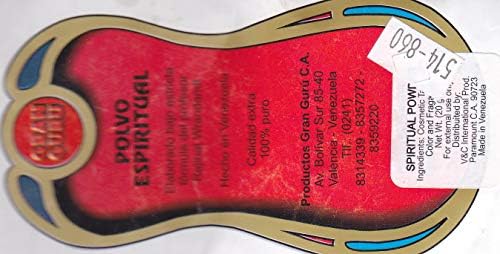 It had to have been nearly a mile straight up. I had all I could do to keep up with the old man; he climbed the rocks, scrambled over fallen trees, and jumped across small ravines like he was a young white-tailed deer. It was incredible.

It was here that we discovered the reason why the critters had originally escaped. Some creep had purposely cut all of the wires. He and I then spent the next several minutes attempting a temporary repair of the fence. As the old man tried his best to attach the cut ends of the strands of barbed wire together, I searched about for some large branches that could be placed in front of the hole until a permanent repair could be made. When he was satisfied the repair was enough to hold his buffalo in for a while, we started walking across the huge pasture to where his son would be waiting for us.

And as we walked, he and I talked all about his beloved buffalo. He told me the history of the herd and how important they were to the traditions of his people. He expressed to me his concern that about only half of his females had managed to give birth during the previous couple of calving seasons. Likewise, he was worried that the calves that had been born earlier in the spring were not growing as well as he felt they should.

I had some ideas and opinions on what might be the cause of his problems, and he was anxious to hear every word I had to say. As a matter of fact, he was so eager to hear what I had to say, he suggested that maybe we stop and sit for a couple of minutes.

I told him it would be my pleasure. I was actually quite glad to get the opportunity to rest. Ahead of us about another hundred yards was a little knoll, upon the very top of which was a huge, ancient oak tree. He suggested we sit down there. I said OK. When we got to the knoll, we sat down with our backs leaning against the giant tree.

Farther off in the distance was another valley; even farther off yet were more mountains. All I could think of as we first sat down was how beautiful the view was; it was like all of the world was stretched out in front of me.


After giving ourselves a couple of minutes to take it all in, we resumed our conversation. The thoughts I had regarding his low birth rates and the poor growth of his calves centered mainly around genetics and nutrition. I suggested the possibility that, due to the relatively small number of buffalo in the world, it was possible that the male that he was using for breeding might be too closely related to his cows.

This would lead to an increase in birth defects. I also recommended that he supplement the herd with vitamins and minerals. I pointed out to him that even though his animals were well fed with pasture grass and hay, the soils in our area had been farmed for so long that most were deficient in some very critical trace elements and minerals. Without these important nutritional ingredients in their diets, it would be difficult to maintain good reproductive health and optimal growth.

As I spoke to this gentle old man, I witnessed, for the very first time in my veterinary career, the phenomenon that I would experience with nearly every client I would interact with for as long as I was to practice medicine: I realized at that moment that my clients, from now on, would be listening to and hanging upon every single word coming out of my mouth and that I might actually do some good in this world.

I have to admit that at the time, this revelation made me a little bit scared and nervous. And so it went. For about ten minutes, the old man asked me questions, and I answered them to the best of my ability. After we were finished, and just as I was getting a little restless to begin heading down toward the barns where the son would probably be waiting for us, the herd ambled over to a small man-made pond located about forty feet off to our right.

All of them that is, except two baby calves. As we sat there watching, the two little buffalo jumped into the shallow pond up to their knees and began to splash around and frolic in the muddy water. One would jump up, bring his head down through the water, and shower his herd mate. The other critter, in turn, would get excited, shake his head, dance up and down, bellowing out a happy little buffalo noise, and then splash his buddy in return.

It was quite a charming sight. During this time, I happened to look over at the father and saw in his countenance the look of a man who was at peace with the world. I turned back toward the direction he was pointing and saw exactly what he meant.

Farther beyond the buffalo, the afternoon sun hovered just above the infinite horizon in a brilliant, baby-blue sky. The mid-autumn foliage on the distant hills glowed as if on fire with red and orange and golden and crimson-colored leaves. I turned toward the old man and saw that he was now looking at me. He nodded his head slightly as if he knew precisely what I had just witnessed.

We stayed for a couple of minutes more at that hallowed spot, and then we started back down the pasture toward the barns. After the old man and I climbed over the fence, the son said the deputy was waiting for me. Apparently, my partner had reported me missing, and a large manhunt had been organized to try to find me.

The old man thanked me for my help, both in capturing the buffalo and for my advice with regards to their health care. As I was riding with the deputy back to his headquarters where Dr. I then told him all that had happened to me that day.

He was quite surprised to hear it because most non-Onondagas were rarely allowed to enter the reservation. The deputy explained that the old man was Chief Leon Shenandoah, the leader not only of the Onondagas, but the head man of the entire Iroquois Confederacy. I sat there stunned. Later on, as Dr. Peter and I were driving back to the vet college, more than once I laughed to myself as I recalled him standing there eating his bologna sandwich. When I was back in class a few days later, I mentioned the whole adventure to a Native-American classmate of mine, Eaglefeather.

Eaglefeather then told me that the chief was the one who had given me this special insight, probably as a thank-you for my help, and that I should consider myself truly blessed.

It is this association with the pagan Gentiles that perhaps inspired Jesus to select this spot for this most important of pronouncements. He was talking directly to the apostle Simon Peter afterward known only as Peter. But to add a deeper and more inclusive meaning to His statement, imagine that at the same time He was talking to Peter, He also turned toward the Gentile temples in the rocky cliffs behind them to indicate symbolically His wish to build the Church upon these non-Jews as well.

Easily find the right book idea for the right audience

Or taking the metaphor even one step deeper: He also pointed to Himself to remind the apostles not to forget about Him. Although it is not precisely clear in the book of Acts, it is thought with the exception of James the Less that after the final Apostolic Council in Jerusalem in 50 AD that those of the Twelve Apostles who were still alive—and who had not done so yet—dispersed once and for all time upon their various evangelist journeys.

Attendees that we can be sure of that were in attendance were Paul, the apostles Peter and James the Lesser, and possibly John. The biggest issue was to decide whether or not new non-Jewish men who wanted to join would need to be circumcised first. It was determined that they did not.

In the days of the Twelve Apostles, however, the city was called Antioch. At the time, the city was one of the largest in the Roman Empire. The ancient Church fathers say that it was in Antioch that the apostle Peter along with Paul founded a Church and that Peter spent seven years as her first bishop. To this very day, the patriarchs of the Syriac Orthodox Church trace an unbroken line of apostolic authority all the way back to St. If you look at a map of these former Roman provinces that today make up the vast majority of the modern nation of Turkey, it would seem logical as well.

Geographically speaking, Peter would have had to pass through these regions on his way to the eastern seaport city of Ephesus.